Guest bloggers Moira Albanese and Sydney Blankers recently completed a joint Master’s Project, entitled ‘Biomimicry as a Neighborhood Planning Tool’, at the University of Illinois at Chicago and were awarded the 2015 Best Master's Project in the Department of Urban Planning and Policy at UIC.

Large thoroughfares of cities create physical and mental borders between neighborhoods. The way we currently plan for cities leads to the concept of a “wrong side of the tracks”. There is a place in Chicago where this street-as-border is quite evident: the stretch of Western Avenue between Humboldt Park and Wicker Park Bucktown. Both communities have active neighborhood groups and strong ties to their history, but the demographic inequalities are stark. Housing prices, educational attainment, and income are strikingly different from one side of the street to the other, with Western Ave. a dead zone in between.


How does nature deal with boundaries?
Nature prefers gradual change from one environment to another. Overlapping areas between biomes, such as the prairie and the forest, are called ecotones. Ecotones are areas of constant flux, but they are also resilient in the face of external stressors. The heterogeneity of the resource base of the ecotone is what makes it robust. Precisely because it is a mix of the two different environments, and not a homogenous set of resources that would be more vulnerable to threats, it can adapt to changing conditions without sacrificing its uniqueness. What would our cities look like if they were planned to allow for gradual change between different neighborhoods? How could inequalities be normalized if we were to follow nature’s design?

Garbage is a problem that is easily forgotten in today’s busy world. A certain amount of waste production is assumed, and the optimal solution is to find a place to dispose of the refuse. New technologies have allowed for more waste to be placed in landfills, but none of those solutions alter the relationship people have to waste or alter the underlying system of waste dynamics. Wicker Park Bucktown constantly battles overflowing street trash cans, which drains community time, money, and energy.

How is waste dealt with in nature?
Nature deals with waste within local limits. Feedback loops communicate to producers an appropriate amount of waste that the ecosystem can absorb. Waste products for one creature are often a resource for another. Precious materials are coveted and used sparingly. How would our cities function if waste could not be hauled off elsewhere? What “trash” would become precious and what new uses could we find? Looking to natural waste systems as models for human systems can result in novel solutions, leaving both the environment and urban communities healthier.

Nature is full of surprises and solutions. Please follow the link to our full project to learn more about the questions we put to nature, the solutions that she put forth, and the potential therein for our urban environments. 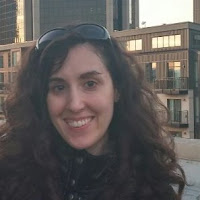 Moira Albanese is an intern at Foresight Design Initiative and a second-year Masters in Urban Planning and Policy student at the University of Illinois at Chicago. She graduated with a Bachelor’s degree from The Ohio State University with a major in International Studies and a minor in Linguistics. Her travels and curiosity about the use of cities around the world led her to question American cities, and to think about what could be different. These questions are what drive her to plan the future of cities. 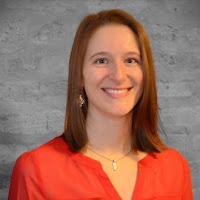 Sydney Blankers received her Masters in Urban Planning and Policy in 2015 from the University of Illinois at Chicago, specializing in Environmental Planning and Policy. She has a B.S. in Natural Resources from Cornell University. Research interests include planning and policy methods that encourage urban environments to ‘tread lighter’ on, and ultimately operate in harmony with, the natural environments they depend on.
Posted by Unknown at 8:10 PM